Drumma Boy is one…

Grammy Award-winning producer Drumma Boy is raising the stakes on a decorated, multi-platinum 20-year-career. “I’ve made hits for everybody else,” asserts the Memphis, Tennessee native who made game-changing records with Usher, T.I., Jeezy, Yo Gotti, and others. “This is an opportunity to put some hits on the board for myself.” Drumma’s upcoming Drumma Boy & Friends album links him with many collaborators from past hits. More importantly, it shows the face and star power of not just a producer but an entrepreneur, musician, coach, app developer, brand ambassador, and, more recently, a podcast co-host. After taking some personal time away, Drumma is captivating the spotlight with a renewed purpose and joy. Lead single “Still Can’t Believe It,” featuring Derez De’Shon, soared past 2 million streams, while “Wake Up” with Lil Gotit and QC’s Kollision is tracking close behind. “This point of my life is the happiest I’ve ever been,” the 38-year-old admits. “I am realizing who I am.”

The journey of Christopher James Gholson’s self-discovery begins in Memphis. The son of an opera singer and an orchestra member, he has music in his DNA. At a young age, he found a calling behind the drum set, and his skills earned the respect and admiration of family and elders. By adolescence, Drumma received mentorship from his older brother, Ferrell “Ensayne” Wayne Miles. Working closely with Jazze Pha, Wayne showcased Drumma’s talent around the city, shopping his tracks. Soon, the teen was getting placements with Tela, Gangsta Boo, and Pastor Troy. Before he was old enough to get in the strip club, his beats had become anthems. After working with Boyz N The Hood in the mid-2000s, Drumma broke off with Jeezy to make “Standing Ovation.” “After that, it was a wrap,” the producer recalls. His intricate instrumentation, triumphant horns, and triple-kick drums became the sound of success. Drumma takes pride in helping pioneer the Trap sound. T.I., Gucci, Gotti, Rick Ross, and others sought out his beats. By the early 2010s, Drumma Boy had become one of music’s most in-demand producers. He earned two Grammys for Usher’s Raymond V. Raymond. Drumma propelled emerging artists like 2 Chainz, Waka Flocka, and Young Dolph while unifying a once fractured Memphis scene. 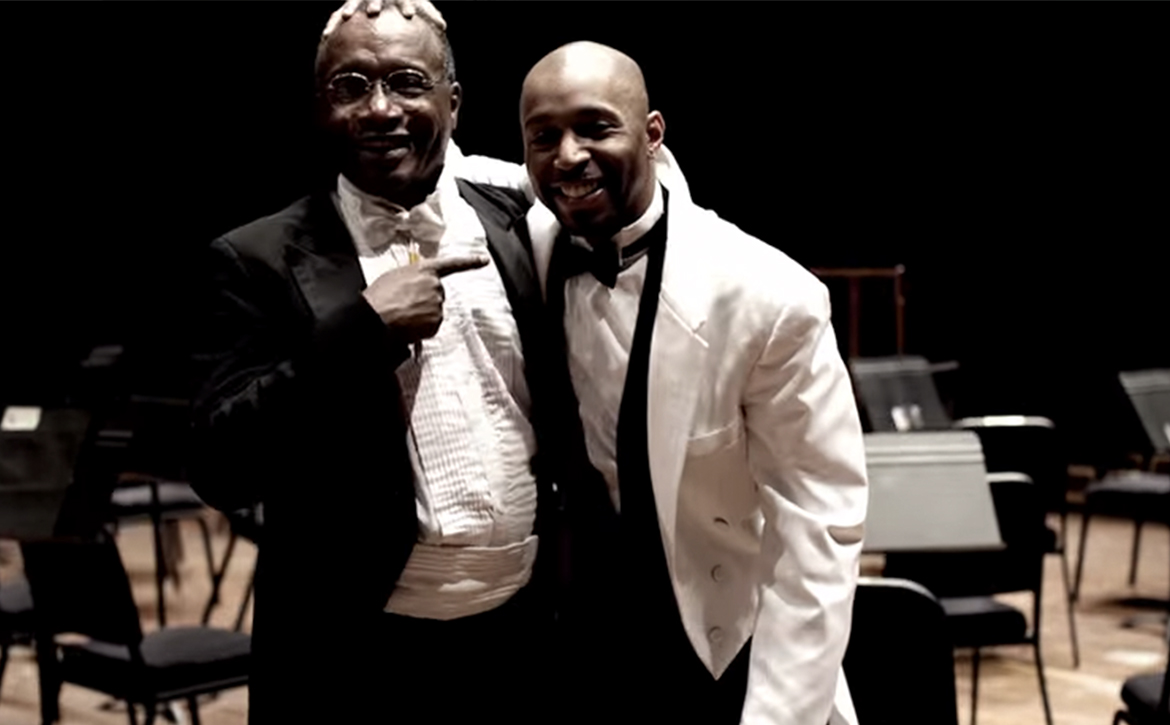 After over 15 years of hits, hard work, and incredible music, in 2018, Drumma Boy’s world crashed when his brother Wayne was fatally shot in Atlanta. Christopher withdrew, taking on Wayne’s four children and four grandchildren as his responsibility. However, after two years away, Drumma Boy used his brother’s support to motivate his return. Scott Storch invited Drumma to make a song in LA – whereas Wayne had long been Drumma’s keyboardist – the Grammy-winning Storch made the producer feel proud. In the making-of video, Derez De’Shon lays the vocals, “I know God ain’t bring me this far for no reason,” that echo Drumma’s headspace. “That song opened the door for what has become,” he admits. “Now I’m locked in.”

Others are locking in with Drumma Boy too. Drumma Boy & Friends will involve Ty Dolla Sign, Wiz Khalifa, Gucci Mane, Dolph, T.I., and Ro James, in addition to the star power of the lead two singles. “I communicate more than just a producer,” Drumma notes. “I’m a coach now, a visionary, and an entrepreneur.” His label, Drum Squad Records, is developing Memphis’ Bighomie KDogg, who will feature prominently. In the meantime, Drumma wastes no time. He continues to feed exclusive content, tutorials, concert experiences, and beat auctions on his official Drumma Boy app. It features the Beauty & The Beats podcast, which pushes Drumma’s face out there. He and celebrity co-host Jessica Dime celebrate the triumphant movers and shakers of the fashion and beauty world, as well as the music and entertainment industry. “We cover the struggle stories behind whatever industry you’re in,” Drumma notes. Recent guests include Kash Doll, Angie Stone, and Jazze Pha. Drumma also owns the House Of Fresh fashion boutique in Atlanta, Georgia. Like his music, the hit-maker insists on remaining fresh.

Drumma Boy has long been one of music’s hardest-working and most influential producers. His combination of a passion for production and the ability to cultivate a career inspired so many others. After a hallway’s worth of plaques, a case full of awards, Drumma Boy is motivated to take his journey to the next level. He processed pain to purpose as a devastating loss reminded Christopher James Gholson of his calling. Now, Drumma Boy is marching to a new beat, one that will bring his Drum Squad label and an exciting debut album into the spotlight with him.